And no one loves coffee more than longtime coffee connaisseur Susan Zimmer.

and, pumping lots of caffeine into her sales efforts, moved more than 40,000 copies of the book. With that kind of high-octane record, literary agent Albert Zuckerman easily brewed up a publishing deal for her with Andrews McMeel Universal.

There are now more than 100,000 copies of Zimmer's I Love Coffee! in print in five languages.

“Success," says the Calgary author, "is finding your life work in the work you love to do. Then do it with passion (disregarding the opinion of others). Focus on your goal, and never, ever give up!"

Thanks again to John Kremer of www.bookmarket.com for alerting me to this inspiring story.

Posted by Mark David Gerson at 9:22 AM 2 comments: Links to this post

Here's a fun little video I created at with the help of Florida's orange growers.

Create Your Own: When you click on "create your own" in the video box below, you're prompted to pick a persona and voice and type in up to 500 words. The result is a video like the one below. You're then able to email it, post it to a social networking site or post it to your own web site.

If you do create your own, feel free to leave a link in the comments to wherever you've posted it!

Thanks to John Kremer of www.bookmarket.com for sharing this with me.

Posted by Mark David Gerson at 9:11 AM No comments: Links to this post

Email ThisBlogThis!Share to TwitterShare to FacebookShare to Pinterest
Labels: humor, John kremer, the voice of the muse

Mark David Gerson’s win, for The MoonQuest: A True Fantasy, was announced on November 21 at an Albuquerque awards banquet designed to honor authors in more than 30 categories from New Mexico and beyond.

His award, in the statewide contest, was in the Fantasy/Science Fiction category.

The MoonQuest, Gerson’s first novel, is part of a fantasy pantheon that includes The Lord of the Rings

and The Chronicles of Narnia

It’s the compelling tale of a young bard’s quest to restore vision and imagination to a mythical land where stories have been banned and storytellers put to death. 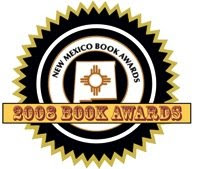 This is The MoonQuest’s fifth award and its second this year. In March, it won a Gold Medal for Visionary Fiction in the Independent Book Publisher Awards.

The fantasy, popular with adults and young adults alike, has also been recognized in the USA Best Book Awards (visionary fiction), the Reader Views Awards (young adult fiction) and the New Mexico Discovery Awards (unpublished fiction). This is its first fantasy/science fiction prize.

As well, The MoonQuest has been lauded by U.S. critics as “an evocative and emotionally moving tale of adventure” (Midwest Book Review) and “an exceptional, timeless novel” (The Mindquest Review of Books). Library Journal praised it as an “emotionally solid tale” whose “songlike prose [offers] a match for its ethereal characters and allegorical message of inner truth.”

For Gerson, who moved to New Mexico in 2005, this award carries particular significance. “This is where I finally finished The MoonQuest,” he says. “It’s also where I finished my second book, and hope to complete my third!”

Gerson is also author of The Voice of the Muse: Answering the Call to Write (LightLines Media 2008), based on his 15-plus years of teaching creative writing in the U.S. and Canada. He is now seeking a producer for his screenplay adaptation of The MoonQuest and is working on a sequel to the novel.

This is the second year for the New Mexico Book Awards, established to acknowledge the best in New Mexico books. Over the next year, The MoonQuest will be featured, along with other winners, in special displays in bookstores and libraries across the state, including in all New Mexico Borders outlets.

Both Gerson’s books are available from Amazon.com and other online retailers, from the publisher at www.lightlinesmedia.com and at selected U.S. retailers coast-to-coast.
Posted by Mark David Gerson at 9:09 AM No comments: Links to this post

Email ThisBlogThis!Share to TwitterShare to FacebookShare to Pinterest
Labels: New Mexico Book Awards, The MoonQuest, the voice of the muse

You Are a Writer

You are a writer of power, passion, strength and, yes, courage. For writing is an act of courage...

Find some place where you can relax, be comfortable and remain uninterrupted for five to ten minutes. Then click here and listen to words that will uplift you, inspire you and remind you what it is to be the writer you are.

This guided meditation is one of 10 on the 2-CD set, The Voice of the Muse Companion: Guided Meditations for Writers, available from LightLines Media and Amazon.com

Special holiday offer from Lightlines Media: Order The Voice of the Muse book and CD together and pay shipping only for the book.

CD Cover by Richard Crookes
Posted by Mark David Gerson at 9:44 AM 8 comments: Links to this post

Email ThisBlogThis!Share to TwitterShare to FacebookShare to Pinterest
Labels: guided meditation, inspiration, the voice of the muse companion

Why Do You Write? 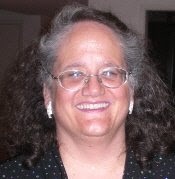 The answers to these questions are what motivate us to sit down and write, are what get us to put writing first and everything else second.

When was the last time you sat with these questions and answered them? Do it now, and make a list of your most compelling answers.

Keep a copy of that list with you, and one where you write. When you're procrastinating, when you're writing tweets instead of your novel, when you're stuck, read your list. Read it slowly and really feel your answers.

Julie Isaac, the founder of www.WritingSpirit.com and author of the upcoming book, "Unleash Your Writing Genius," posts daily creativity tips for writers on Twitter.

Read Julie's review of my book, The Voice of the Muse: Answering the Call to Write.

When I first read Julie's "tweet" on my Twitter page, I knew I had to reply. This is the answer that (to my surprise) came out of me:

Why do you write? Please share your thoughts, reasons and perspectives here as a comment.
Posted by Mark David Gerson at 10:01 PM 44 comments: Links to this post