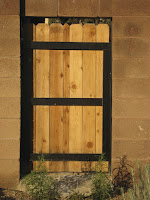 "If you do the land's bidding, you can build a house that's organic to it."
~ Frank Lloyd Wright, in Nancy Horan's fictional biography, Loving Frank

You don't have to believe in God to believe in "infinite mind." For all that the concept of infinite mind suggests is that there is a wisdom that transcends our conscious thoughts, desires and creations. How often has a notion popped into your head that seems to make no conventional sense? And how often have you followed it through only to discover, perhaps in distant retrospect, that it made more sense than anything else you could have ever possibly tried to figure out?

That's God or infinite mind or the muse or, as Wright might put it, nature at work.

My whole life, it seems, has been predicated on that notion -- that there's a force at work that has a much clearer sense of what will serve and satisfy my deepest (often hidden) desires than the childish cravings of a limited mind ever could.

In his book Game Over

, my friend Adam Bereki describes it as watching the game not from the field or the stands, but from a blimp floating high above the stadium. It's not a blimp that's separate from us, any more than God, muse, infinite mind or nature are. These are all aspects of all of us, all pieces we carry within us. What we don't all do is acknowledge, access and experience it. What we don't all do is let it, with its broader, deeper perspective and infinite wisdom, be in charge.

Writers often balk when I suggest that their stories are smarter, wiser, cannier and craftier than they could ever hope to be. Writers, like all human beings, would prefer to believe that they can be in control and still create from a place of infinite possibility. 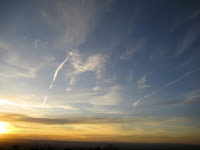 Not even the God of Genesis is that arrogant. God doesn't "make" creation happen. God allows creation to occur. "Let there be light," He says. And light appears. Not because God forces His will on it. But because he allows light its natural form, shape and substance. And when each day's creation is done? He doesn't sit in judgment over it, calling it worthy or unworthy. He recognizes that all creation has innate merit and declares it to be "good."


"...a genius is merely the man who sees nature, and has the boldness to follow it."
~ Frank Lloyd Wright, in Loving Frank, by Nancy Horan

I spent more than half the years I've lived so far with my eyes closed and ears blocked to infinite mind, my infinite mind. Although we're all born with a direct link to that source of wisdom and, as young children, act from it, we're often shut down to it by a so-called "grown-up world" that is in fearful denial of anything that can't be accessed by the five physical senses. I don't know why or when I was shut down, or by whom. But, clearly, I was. And it wasn't until a creative and spiritual awakening began to move through me in my early to mid-30s that I began to to tune in to the infinite possibilities of the invisible. 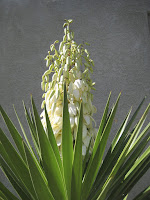 My life since then has been rocky, on-the-edge and unconventional. It's been scary, disrupted and a distant remove from what most people still cling to as "security." It's also been creative, exhilarating, passion-filled, vibrant, exciting, adventurous and enriching. It has pushed me beyond the boundaries of what I believe and what I believe I want, and it has propelled me beyond the frontiers of the conventionally possible. In every moment, it steers me on a course I could never consciously chart for myself. And in every breath, it reminds me that the story knows best -- the story I'm living as much as the story I'm writing.

I wouldn't have it any other way.


‎"I've never been like other people. Not other fathers, not other businessmen. I have never fit into any social norm. And you know what? I don't want to."
~ Frank Lloyd Wright, in Loving Frank


Adapted from Acts of Surrender, my memoir-in-progress.

Posted by Mark David Gerson at 1:11 AM 2 comments: Links to this post

Only in the Movies... 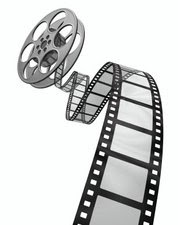 1. It is always possible to park directly outside any building you are visiting.

2. A detective can only solve a case once he has been suspended from duty.

3. If you decide to start dancing in the street, everyone you bump into will know all the steps.

4. Most laptop computers are powerful enough to override the communication systems of any invading alien civilization.

5. It does not matter if you are heavily outnumbered in a fight involving martial arts; your enemies will wait patiently to attack you one by one by dancing around in a threatening manner until you have knocked out their predecessors.

6. When a person is knocked unconscious by a blow to the head, she or he will never suffer a concussion or brain damage.

7. No one involved in a car chase, hijacking, explosion, volcanic eruption or alien invasion will ever go into shock.

8. Police departments give their officers personality tests to make sure they are deliberately assigned a partner who is their total opposite.

9. When they are alone, all foreigners prefer to speak English to each other.

10. You can always find a chainsaw when you need one.

11. Any lock can be picked by a credit card or a paper clip in seconds, unless it's the door to a burning building with a child trapped inside.

12. An electric fence, powerful enough to kill a dinosaur will cause no lasting damage to an eight-year-old child.

13. Television news bulletins usually contain a story that affects you personally at that precise moment you turn the television on.

Posted by Mark David Gerson at 5:44 PM 5 comments: Links to this post