When the first words of a story I knew nothing about pushed themselves out of me on March 28, 1994, I couldn't know that those handwritten scratchings on a yellow notepad would birth not only my first book, The MoonQuest, but a writing career I couldn't then begin to imagine. I couldn't imagine it because although I had been teaching writing for nearly two years, I still hadn't moved fully past the creative blocks and denials that I had lived with for as far back as I could remember.

In my school years, I actively avoided all courses or activities that involved art, writing or any other creative pursuit. As the gawky bespectacled kid who was always chosen last for school or summer camp teams, I couldn't replace them with sports or athletics. Instead, I turned inward and, following my mother's example, read voraciously. In school, I focused my course selection on subjects like math that offered only one right answer. That way, I minimized the dangers of not only being wrong but of being judged harshly for having been wrong.

But my tricksterish Muse always had other plans for me. Starting in my final years of high school, when I was somehow pushed into taking on responsibility for the publicity for two musical theater productions (and had, of course, to write press releases and other promotional material) and carrying on through my first two post-college jobs (in public relations), I was slowly, subtly and unconsciously transformed into the writer I never thought I wanted to be. When I quit that second job after five years, it was to freelance full-time as a self-taught writer and editor. Still, it would take another dozen years and the birth of The MoonQuest before I was able to move from a teller of others’ stories as a newspaper, magazine, government and corporate writer to a teller of my own stories, as a novelist. 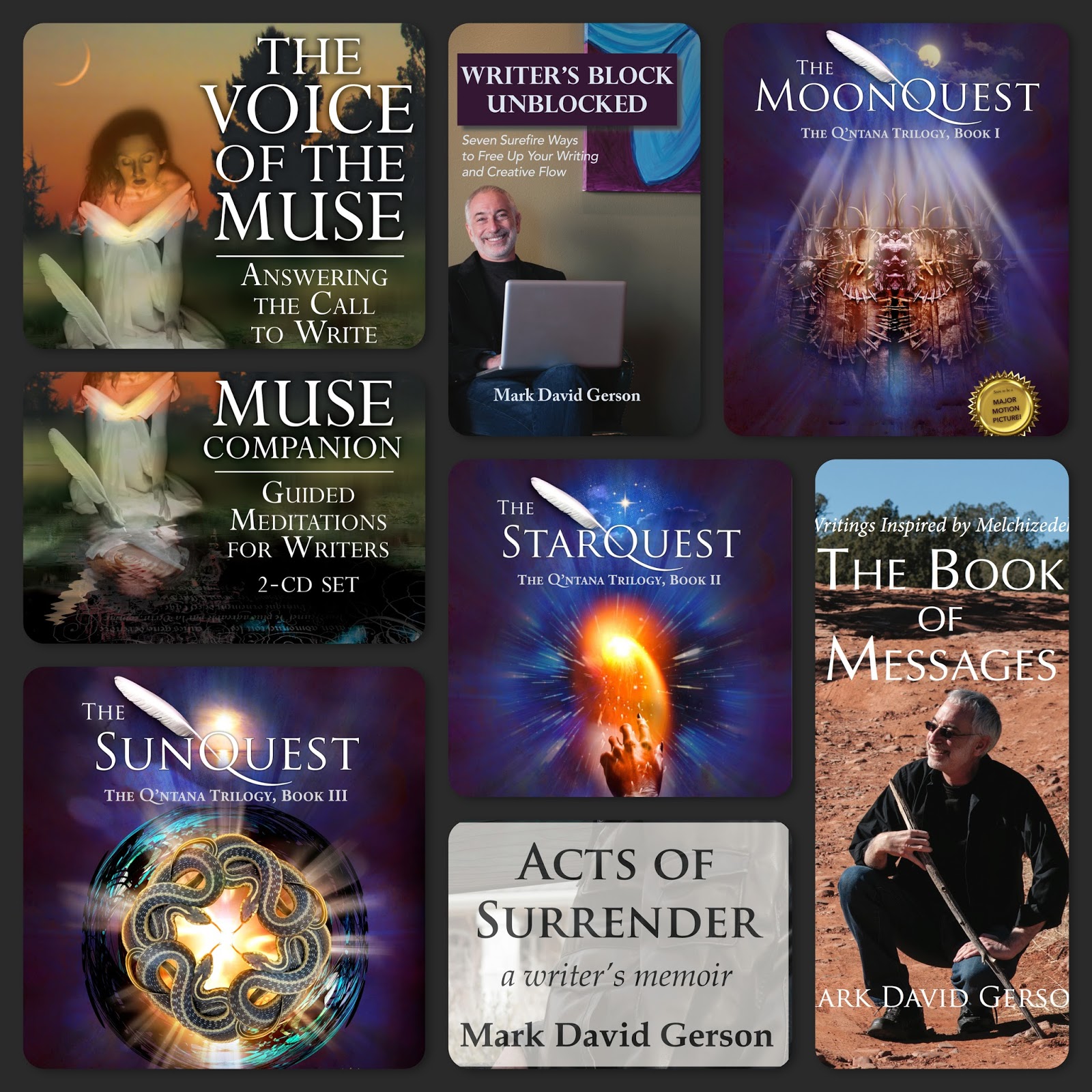 Today, as I reflect back on that March evening two decades ago and on what, for me, remains one of the most transformative moments of my life, I am astonished by all that my Muse has managed to push through me and by all that I have managed to surrender to.

Over the past 20 years, I have
I am not only astonished, I am also profoundly grateful -- to all those who contributed to my creative awakening and to the many of you who have supported me in so many ways since. I am grateful as well for the three decades of fear-, doubt- and judgment-filled creative drought that preceded The MoonQuest. As painful and challenging as those blocks and years were, they would ultimately fuel all the creative work that has followed: all my writing as well as all my teaching. They would fuel all my life choices too. 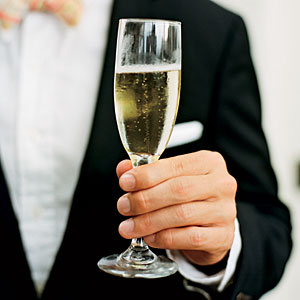 You see, there is no way I can separate my creative life from the rest of my life, which is why my creative and spiritual awakenings occurred simultaneously and why the 13 “rules” for writing that I include in my books for writers are almost identical to the 13 “rules” for living that I have written about in Writer's Block Unblocked and elsewhere. The first rule in both cases is that there are no rules…not in creativity and not in life. It's that "rule," along with my certainty that my stories are smarter than I am, that has made all those creative projects possible.

And so when the 28th rolls around in a few days, I'll be raising a glass to toast The MoonQuest and to everyone and everything in my life that made it possible. It's been quite a journey! 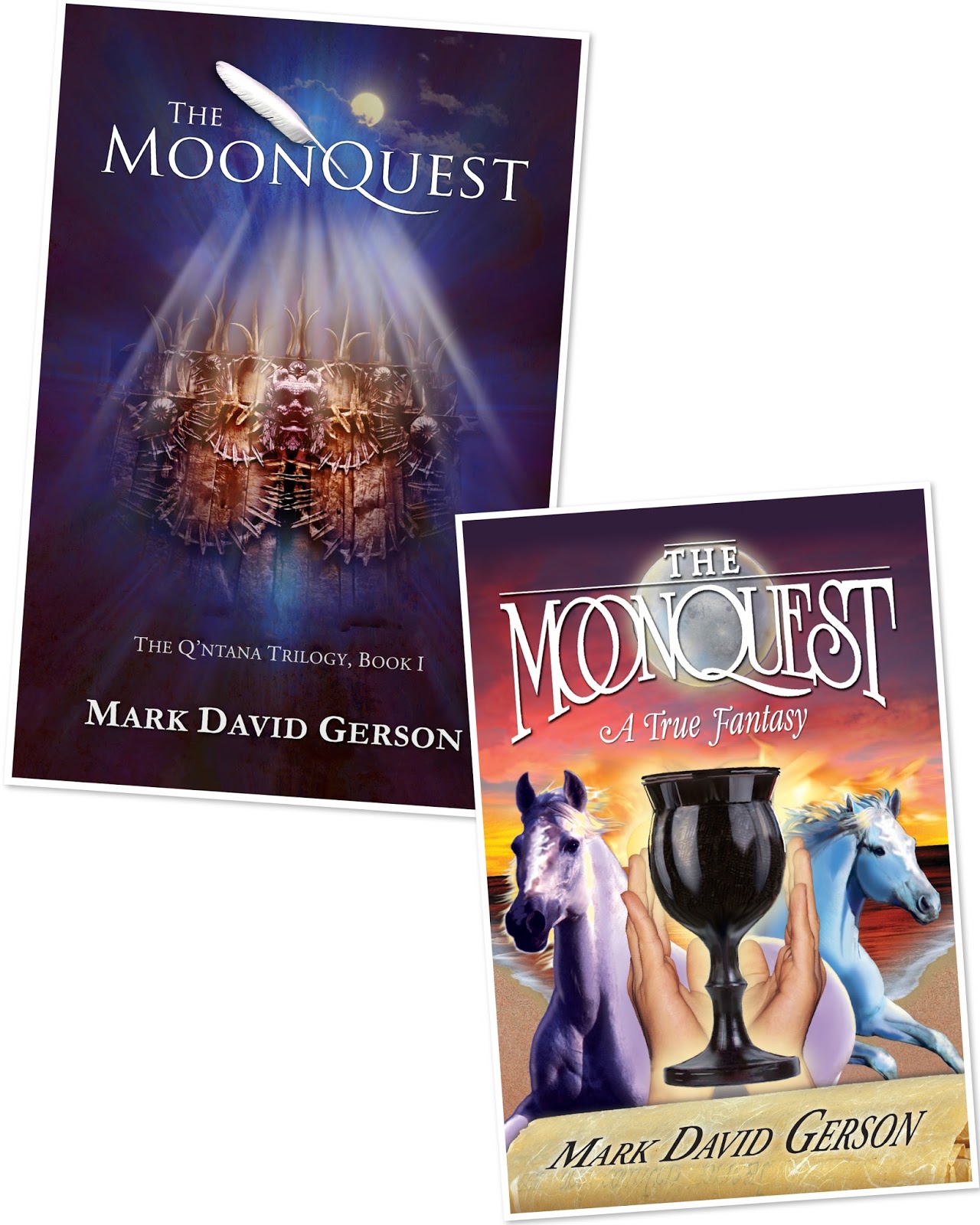 To honor The MoonQuest's 20th birthday this week, here is the story of its birth, excerpted from Acts of Surrender: A Writer's Memoir....

Birth of a Book
An excerpt from
Acts of Surrender: A Writer's Memoir

Much of my journaling over the years has been a stream-of-consciousness free-flow, similar to the Muse Stream technique I encourage in The Voice of the Muse and in my writing workshops. Rather than a diary-like reflection on the day’s events, it has been a way to get past the limiting thoughts of my mind and enter into that inner place of infinite wisdom where both powerful stories and unexpected insights arise. One of those insights showed up in my journal within days of my return from Nova Nada as I found myself writing, “It’s time to stop journaling.”

My journal had been my best and only friend through my first two months in Nova Scotia. The thought of letting it go terrified me. I may not have been using the word “surrender” yet, but I was committed to the concept. I would do my best to follow my highest inspiration, however inscrutable.

That day, I set my journal aside. I would record no emotions, experiences, dreams or meditations. Nor would I seek guidance from the blank page. Instead, bundled up against the wintry bluster off Pubnico Harbour, I walked and walked and walked. When I wasn’t walking, I curled up in a chair and read or meditated. I was bored and, with no writing outlet, tense.

Nine months earlier, my moving boxes still stacked against the walls of my Rowland Street flat, I had hosted a writing workshop in my living room. Present were the six PC&W students who had asked to continue with me in a series of private classes. That morning, I had devised an exercise based on Courtney Davis’s Celtic Tarot. The deck had so seduced me a few days earlier in Toronto’s Omega Centre bookstore that I couldn’t not buy it, even as I failed to understand the impulse. Now, I did. I would have each student draw, closed-eyed, one of the major arcana cards. Then with their eyes open to the chosen card, I would lead them through a guided visualization into writing.

I rarely write during a workshop that I’m facilitating. Instead, I watch the participants, hold space for them and remain available to them. This March 28 class would be different. Once the six women were engrossed in their writing, some inner imperative insisted that I also pick a card. I reached into the deck and pulled The Chariot. Without full awareness of what I was doing, I then picked up my pen, pulled my yellow-paged notepad toward me and began to write. What emerged, after a rambling preamble, was the tale of an odd-looking man in an odd-looking coach. Pulling the coach were horses as oddly colored as those on the Tarot card. That scene would become the opening of the first draft of a novel I knew nothing about.

Next morning, I picked up the story where I had left off and, most mornings for the next few months, I continued writing. It was a challenge to my controlling self, who bridled at the journey into the unknown that each word represented. So stressful was the process that after a few days I forced myself to write in bed before getting up. I figured that if writing was the first thing I did, I wouldn’t spend the rest of my day trying to avoid it. I also wrote longhand. It wasn’t that I believed handwriting to be superior. Rather, years of freelance writing — crafting other people’s stories to other people’s deadlines — had forged an uneasy association with desks and keyboards. It was easier for me to be creative as far as possible from my computer. My penmanship being as poor as it was, though, I resolved to type up each day’s output as I went along.

By the time I left for my exploratory trip to Nova Scotia, I had written a hundred pages of this still-untitled fantasy tale. When I returned to Toronto two weeks later, my focus had shifted from the story I was writing to the story I was living and to the upheaval being stirred up by my accelerating cross-country move.

It was now mid-December. I had not opened my journal for a week and, although I went to bed earlier and earlier, my days felt endlessly long. One afternoon after I returned from my walk, I had a sudden urge to dig out my fantasy manuscript, buried as deeply in a box as it had been from my thoughts. I dusted it off and placed it on a corner of my kitchen table. I didn’t dare open it. It sat next to me through a dinner, a breakfast and a lunch. It sat there, both seductively and accusingly, daring me to pick it up and read it. A dozen times through those twenty-four hours, I reached for the stack of pages then pulled my hand back. I was afraid to touch it, afraid that the manuscript wasn’t any good, afraid that I had outgrown it and would have to abandon it.

After lunch that second day, I gingerly carried it into the living room. Although I was certain it would be unreadable, I set a pen and notepad next to me...just in case it wasn’t. Two hours later, barely aware of what I was doing, I picked up pad and pen and began to write, continuing as effortlessly as though I had stopped for five minutes not five months. What I realized as I dove back into the story was that I hadn’t outgrown it. Rather, it had been so far ahead of me that I had needed those five months of life experience in order to be able to catch up with it and carry on. Three months and three hundred additional pages later, the first draft was finished — a year to the day after the Toronto class that had birthed it. And it finally had a title: The MoonQuest.

Acts of Surrender and all my books are now available in paperback on most Amazon sites and as ebooks in Kindle, iBook, Kobo and Nook stores worldwide.
Get your copies today!

Become Part of My Online Life! 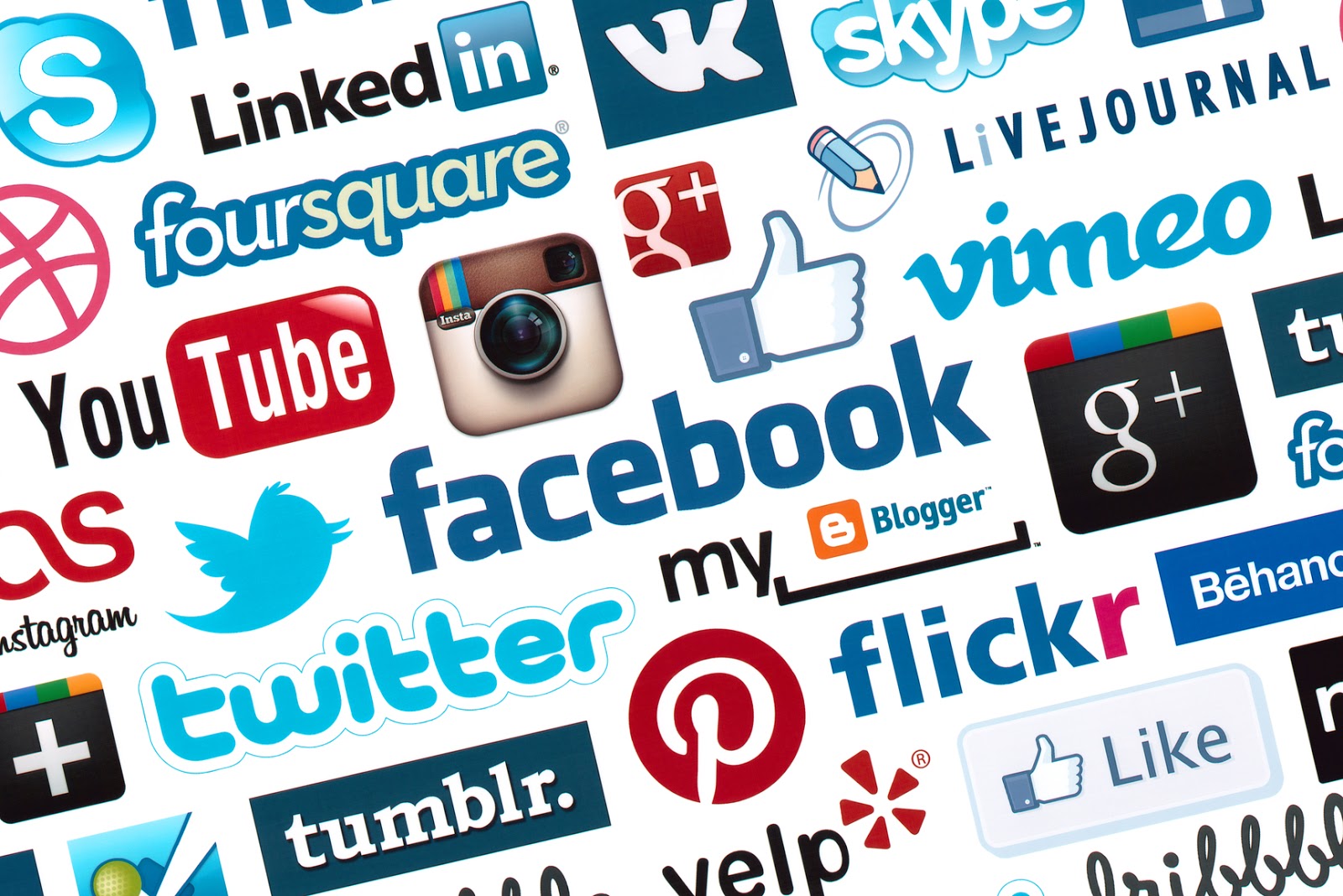 You have probably noticed that I am not posting to this blog as often as I once did. That's because for me, as for many, social networks like Facebook, Twitter and Google+ have made it easier to connect with online friends with even more immediacy than a blog can.

As well, you'll find me hanging around on Pinterest, Fine Art America and Twenty20.

I look forward to "seeing" you out there!
Posted by Mark David Gerson at 3:55 PM No comments: Links to this post