That's 90s as in age, not as in the 1990s, and the nonagenarian in this first-person excerpt from my novel The Emmeline Papers is the feisty, eccentrically iconoclastic Emmeline Mandeville, who is as unashamedly sexual at 92 as she was at 19, back in the final years of Queen Victoria's reign.

Rather, Emmeline's frank and funny musings on life and aging frame the compelling story of the friends and lovers who find themselves living in her London townhouse 14 years after her death (the London town house on the book cover.)

Even if no author (like no parent) should ever name a favorite offspring, I have to confess that Emmeline is one of mine! 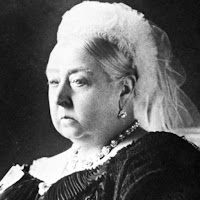 I have always enjoyed sex. That may not be a shocking admission in 1974. Even in this age, however, many would find it startling to hear it from a woman of my years. Yet, for a woman born when Victoria reigned to say how much she relishes sex, and to speak it out loud with neither blushes nor shame? That is shocking. Or it would be were any of my more strait-laced relatives or contemporaries still alive to be shocked. 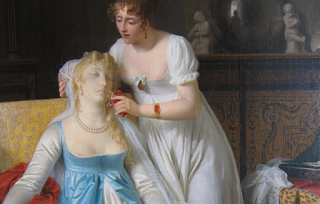 Sexual mores loosened up after the First War, of course, but I had not waited. I was nearing my forties by then and was already in possession of a past that no amount of smelling salts could have successfully revived Grandmama had she learned about it. I had a body, albeit an unshapely one, and I saw no reason why I should not extract from it as much pleasure as it could offer me. Nor did I see any reason to limit myself to men of my own class…or to men at all, come to think of it. ...

And orgasms? If a woman of my era admitted to having had one, if she were shameless enough to utter the word, that woman was viewed as little better than the most common of prostitutes. How ironic that Victoria should today be seen as the primmest, most prudish and most humorless of monarchs...of women. I do not believe it. Not for an instant. 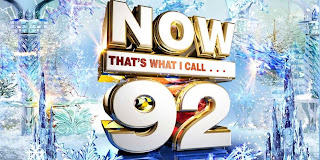 I have manifestly enjoyed mine through seventy years and a good score or more of able partners. Had Jeremy been unable to match if not surpass the prowess of his predecessors, I could not have married him, regardless of his other attributes, however admirable.

For a man with so little experience of women before me, Jeremy is surprisingly adept and pleasingly passionate. Frankly, if I didn’t fear that it would give him a heart attack, I would choose to die in bed with him, in mid-orgasm. I cannot imagine a more satisfying end. Can you?


Get your copy of The Emmeline Papers today! In paperback or ebook from major online booksellers, or signed by me to you from www.thesarastories.com 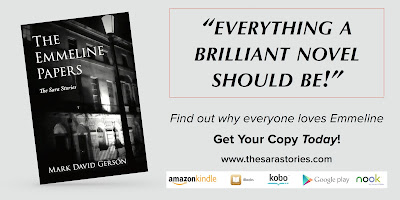 Posted by Mark David Gerson at 1:11 AM No comments: Links to this post