A study by Central Connecticut State University names Minneapolis America's most literate city for 2007, up from second place in each of the two previous years and replacing Seattle, former champion.

Washington, Atlanta and Pittsburgh also lost ground in the annual rankings, while St. Paul, Denver, St. Louis, San Francisco and Boston all moved up and are now rated more literate.

When it comes to bookstores per 10,000 population, though, Seattle is still tops, followed by San Francisco, Minneapolis and Cincinnati.

Click here for the top 69 on the list and for links to other breakdowns, including by newspaper circulation, education level and library resources.

If you're not in one of those cities, how do you think your city rates -- for readers and for writers? Would you consider moving to a more "literate" city?
Posted by Mark David Gerson at 11:11 PM 7 comments: Links to this post 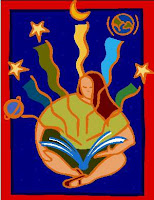 "No matter how busy you may think you are, you must find time for reading, or surrender yourself to self-chosen ignorance."
~ Confucious

There are three reasons why it's important for a writer to read.

1) The reason set out by Confucious.

Reading expands us as human beings, as conscious beings and as writers.

Writing is most often a solitary act, one that can pull us out of the maelstrom of daily living and into a monastic place of creative retreat. Whether or not we're in the midst of a writing project, it's important to be part of the shared world of creation and imagination inhabited by fellow artists.

Read, listen to music, view art. You'll learn more about the human enterprise and about yourself from those sources than from all the newspapers and magazines on the planet.

It doesn't matter what you read (or view or listen to). Whether you read in your genre or another, you'll connect with the heart of creation and the Creator of heart and art.

Osmosis is one of the most powerful learning tools available to the human heart and mind. When we read good writing, we absorb the author's craft and technique. We sense at a deep level what works and what doesn't. Without having to know or understand how or why, without needing to analyze or parse, the power of the words we're reading finds its way into our writing.

You won't be copying. You'll be absorbing, filtering and adapting. You'll be learning -- in the easiest and most fun way imaginable: by doing nothing other than enjoying another's words.

Do you want to be read? Do you want your words to find an audience? If you as a writer aren't reading, what sort of example are you setting for your readers?

The creative/literary community isn't a one-way delivery system. It's a bustling marketplace of ideas and concepts where readers not only learn and grow from writers, but where writers learn and grow from readers and from each other. If we write, in part, to be heard, then we must also be prepared to listen.

Again, genre and subject are less important than engagement, than opening a book -- any book -- and surrendering to the words and imaginings of a fellow artist.

by that master of mystery, P.D. James -- reading for pleasure, learning with pleasure and engaging in the world of words.

What are you reading now? Why is reading important to you? What books have you read this month? Share them here if you choose or join one of the online readers' communities (Shelfari, Goodreads, etc.).

If you're not reading, visit your local bookstore or public library and discover the words and worlds that are waiting for you on its shelves. Or start with some of the authors whose links you'll find on this blog. Or, if the world of storytellers and storytelling is important to you, discover what life would be like if it vanished, in my novel, The MoonQuest: A True Fantasy.

Whatever you do, step beyond the walls of your creative enterprise and engage!

Arkansas: Where Stories Come From? 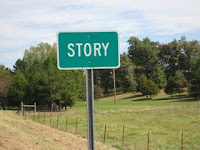 Story, Arkansas, where bikers are bards. 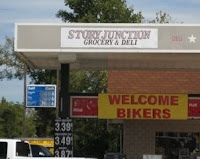 Then, if you drive down the road a spell, you find what you need to get that story on the page... 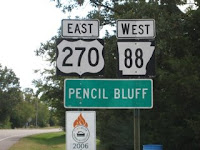 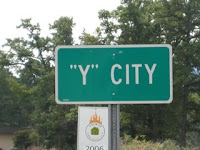 I discovered these towns and signs in western Arkansas two days ago. (It's a 55-mile drive along Hwys 27, 88 and 270 to get from Story, through Pencil Bluff to "Y" City.)

I also once slept in Story City, Iowa (itself in Story County) and have photographed and drawn the Book Cliffs of Utah and Colorado. What writerly locales have you found?

Posted by Mark David Gerson at 9:55 PM 8 comments: Links to this post

Surrender to the Journey 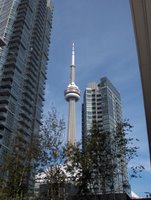 In June 1997, I embarked on an odyssey whose consequences I could never have predicted...or imagined. I had been back living in Toronto for only a short while when a voice in my heart urged me to pack all I owned (not a lot) into the back of my Dodge Caravan and head west.

At other times in my life, I would have doubted the message, questioned my sanity. On that sunny morning, I knew my only choice was to trust and follow my heart.

For three months I journeyed. I traveled north and west from Toronto along the rugged, forested shores of Lake Huron and Lake Superior, then south and west, crossing Minnesota, North Dakota, South Dakota, Wyoming, Montana, Idaho and Oregon. From the Oregon coast, I slipped south into California, then shot back east, across Nevada and Utah, before dropping into northern Arizona. 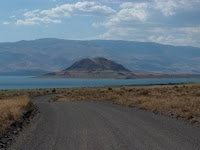 Throughout those months, I never planned my next stop. When I tried, my plans were nearly always thwarted by some seemingly outside force. Mostly, I let my heart control the steering wheel and I followed wherever it took me.

Through all the unexpected stops, unanticipated detours and unpredicted forays into uncharted territory, all I could do was trust in each moment and believe that the story I was living would reveal itself -- through the living of it. 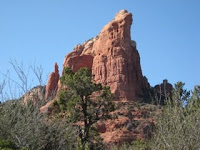 On the morning of the full moon in September, after 90 days of journeying, I drove into Sedona, Arizona. I expected this to be another whistle stop on the road to wherever. Instead, one week grew to two, one month to seven. Before I knew it, I had a new country, a new wife and a new baby on the way.

Part of what prepared me for this odyssey was The MoonQuest, the novel whose early drafts I had already written much as I lived that journey: moment by moment and word by word, ignorant of the outcome but trusting that one would emerge.

When we surrender to our heart-mind, trusting that the outcome will be more wondrous than anything we could consciously imagine, it always is.

As you write, let your pen carry you as my Dodge Caravan did me -- in trust and surrender. Let it carry you to the story you didn’t know you knew as, breath by breath, you move toward an outcome that has yet to reveal itself.

Ironically, I find myself on a similar journey 11 years later. With most of my belongings in storage, I am once again allowing a MoonQuest-like odyssey to carry me where it will.

Tonight it has carried me to Marshall, Texas, for reasons I can't yet know. Tomorrow, I will continue to allow my story to unfold moment-by-moment, toward an ending that has yet to be written.

Here’s a suggestion: In today's writing, notice all the times your mind edges (or leaps) ahead of the word you're writing. Be aware as that controlling part of yourself reaches forward to find out what's coming next, where you're headed, how it will end. Notice when this happens, but don't judge or punish yourself. Simply return your focus to the word of the moment. Return to it gently, lovingly, reassuringly. And continue writing, in the moment, letter by letter and word by word.

This piece was adapted from The Voice of the Muse: Answering the Call to Write

Share your adventures as part of the Harry Potter Adventure of a Lifetime Contest on the Discovering Dad blog
Posted by Mark David Gerson at 10:11 PM 7 comments: Links to this post