Raising a Glass in Gratitude, for Every Moment in My Life 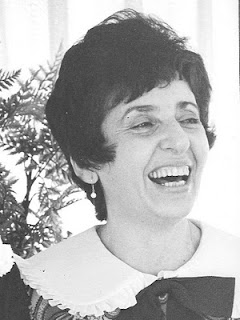 It's always significant for me when Easter falls in March. Although Easter is not part of my religious heritage, this holiday that marks death and celebrates resurrection parallels two personally significant death and resurrection events in my own life: the death of my mother in 1984 and the resurrection of my creativity 10 years later, almost to the day.

My mother rarely pressured me to be or do anything other than what I chose to be or do, and for that I will always be grateful. Yet all parents carry expectations for their children, however unconscious, and all children tune in to that, even if they're not aware they're doing it. When my mother died on the evening of March 26, 1984, the burden of that unconscious awareness lifted. This is how I tell it in my Acts of Surrender memoir...

"As courageous as I had allowed myself to be while [my mother] was alive – to come out as a gay man, for example, or to quit a secure job for the risks of freelancing or to leave my hometown – all my choices and actions had been colored by how I thought she might respond and had been filtered through her world view. With her gone, all her hopes, fears and expectations for me were gone, too. Suddenly, without being conscious of it or of what it meant, I was free. It would take a few more years before I could begin to grow into that freedom, before I could let it unalterably transform me and my world." 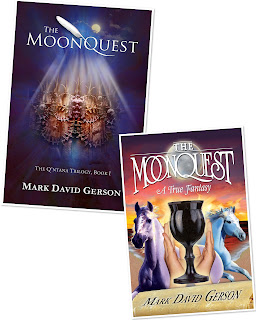 One of the most dramatic expressions of that newfound freedom showed up on March 28, 1994. That was the day I penned the first words of what would become The MoonQuest. This, my debut novel, would come to stand as a metaphor for the unblocking of my stifled creativity: It takes place in a land where stories have been banned and storytellers put to death.

When it was finally published 13 years later, it would also launch a writerly career that has now produced 12 books (with a 13th on the way), a trio of optioned screenplays and three stage plays-in-progress.

However, just as my mother's passing did not unleash an immediate flood of creativity, nor did The MoonQuest: It would take me more than a decade to complete an initial draft of my second manuscript, The StarQuest. (Ironically, I started writing The StarQuest a few days after Easter in 1998.) The Voice of the Muse: Answering the Call to Write, my third manuscript but second published book, also didn't materialize for several years. And it wasn't until five or six years years ago that the real tsunami of creativity hit: It's only since 2010 that I have started and/or completed most of my books, screenplays and stage plays.

It's not surprising, then, that I greet this and every March with mixed emotion: with gratitude to my mother and sorrow at her absence, and with awe at the creative awakening that ignited 10 years later in a Toronto writing workshop I was teaching (a story I shared in my February 2016 newsletter). I will be raising a glass to both as the month draws to an end. 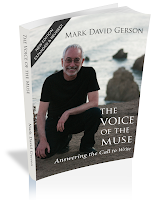 One final note: A year before her death from cancer, my mother confessed to me that she had made many poor choices in her life. I thought a lot about those regrets as I wrote my most recent novel, Sara's Year, the story of how one woman's abandoned passions inspire both her son and her oldest friend to live their dreams.

I am now 61, my mother's age when she spoke those words and when she died the following March. Like my mother's, mine has not always been an easy life and there are situations and circumstances that I sometimes wish had played out differently. 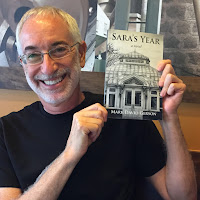 But unlike my mother and the Esther character in Sara's Year who borrows bits and pieces from my mother's life, I have no regrets. I recognize, not always happily, that all my choices and all my experiences have made me a stronger, more compassionate human being, a more insightful and creative artist and a more effective and intuitive coach, mentor and motivator.

Perhaps the greatest gifts of all were those very years when I didn't feel free to create and when I felt tied to my mother's hopes, fears and expectations. Like the caterpillar trapped in its cocoon, they forced me to push free to become the butterfly I now am. 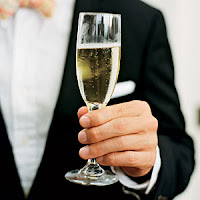 So as I raise that glass, it will be in gratitude for every moment in my life – the blocked as well as the flowing, the deaths as well as the resurrections. And I will look forward to many more years of that same flavorful yet maddening goulash of love, fear, frustration and creation that comes together in every moment to shape each of our lives.

Photos: My mother on her second wedding day, some time in the 1970s • Me and my mother at a family gathering in the late 1960s • The current and original MoonQuest book covers.

Look for The MoonQuest, Acts of Surrender, Sara's Year and all my books in paperback or ebook from your favorite online bookseller or signed by me to you from my website.

And watch for The MoonQuest movie, the first installment in a trio of epic motion pictures based on my screenplay adaptations of my Q'ntana Trilogy fantasy novels. 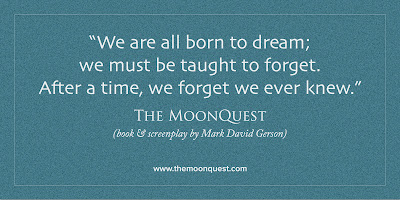 Posted by Mark David Gerson at 8:59 AM No comments: Links to this post